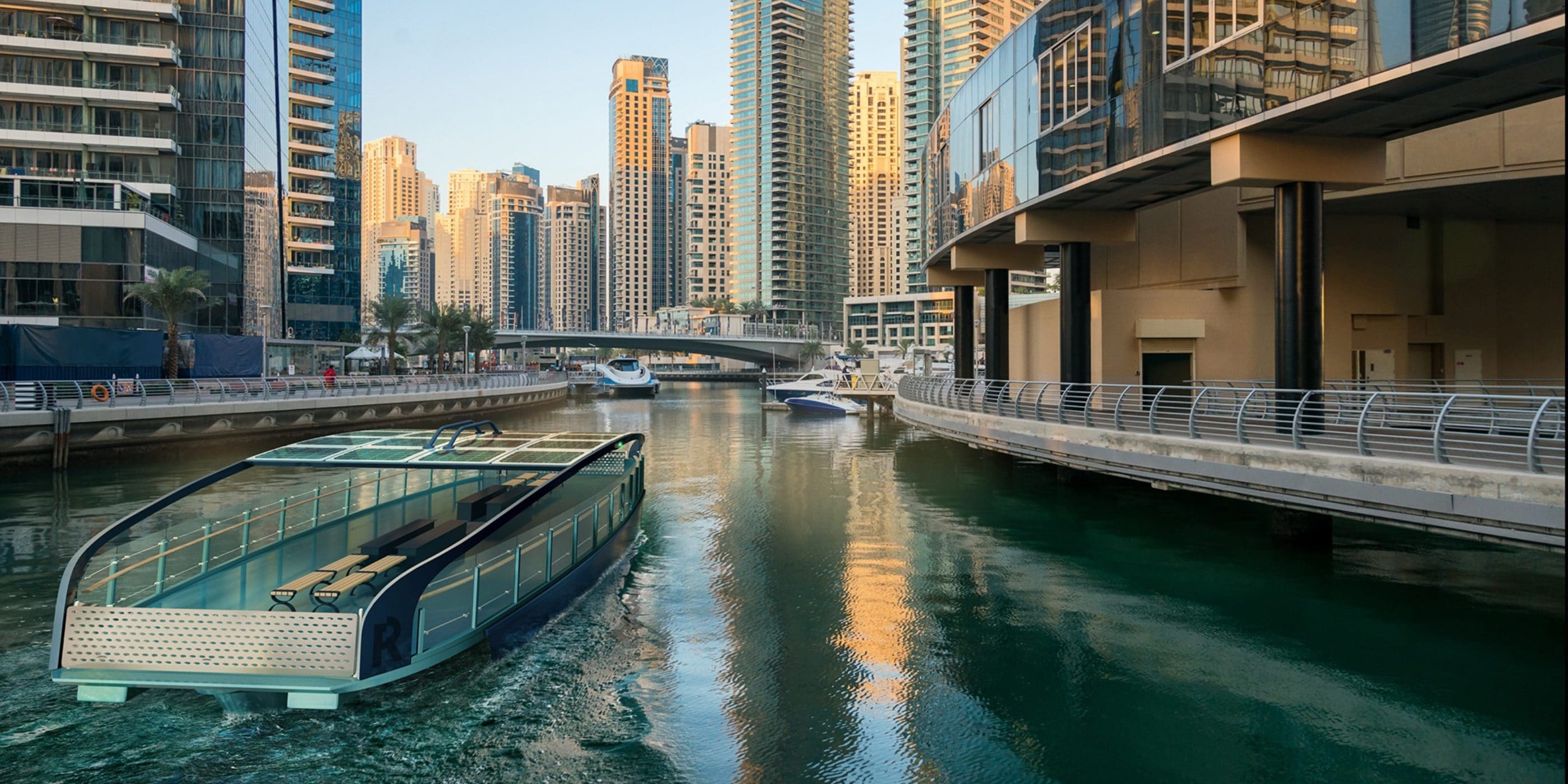 Urban Waterways: The Next Generation of Autonomous Transportation

With the promise of relieving strain on the transport network in maritime cities using Artificial Intelligence and autonomous driving technology, Finnish software powerhouse Reaktor set to build a solution for future waterways. As part of the project , the Valohai platform empowered Reaktor to increase the speed of model development almost tenfold, making it possible to train the self-steering algorithm over night beating the initial training time of one week.

With ongoing urbanization, cities around the globe are experiencing unseen traffic increases that push the current transportation infrastructure to its limits and in many cases beyond it. Even with the promise of autonomous driving, combined with sharing economy, that leads to lowered need of vehicles, it will take time before the traditional road traffic levels start declining. Due to this many are now looking at the underutilized urban waterways as a possible solution to this growing transportation challenge.

Compared to autonomous cars, self-steering ferries present a significantly less complex operating environment to handle due to lower number of variables and as the urban waterways are less congested compared to the roadways. This creates an unique opportunity for solving part of the transportation puzzle.

The urban waterways of tomorrow

While the autonomization of the road has been in the limelight, there are other sectors where the same advancement is on the way. One of these is maritime. The promise of machine learning and AI has not been missed by the technology and service providers from harbor to sea. The big maritime operators are building up data science teams to solve the autonomous puzzle on the sea. One example of this is the co-operation between Maersk and Rolls-Royce. Working towards an autonomous future, in 2017 the companies launched the first commercial remote-controlled tugboat which operates in Copenhagen Harbor in Denmark.

In addition to autonomizing ocean faring, one solution area is how metropolitan areas could utilize urban waterways as part of solving the transportation puzzle. Continuing urbanization brings more and more pressure on the logistics systems and officials are having hard time coping with the heightened amount of passenger needs. Finnish software powerhouse Reaktor initiated a project in 2017 to explore how urban waterways could be utilized and used to solve at least part of the transportation puzzle cities are facing.

The research and implementation project was carried out in 2017 and as part of building the vision Reaktor designed, developed and built a scale model of an autonomous ferry which could be integrated into existing transportation systems adding the autonomous waterway angle to the urban transportation mix. The project was published in November 2017 alongside with Reaktor’s Urban Waterways vision paper and the prototype ferry presented at one of the world’s premier startup and technology conferences, Slush.

From seeing to understanding – teaching the autonomous ferry

The technical side of the project is led by Ville Rantanen, Reaktor’s data scientist specialized in Machine Vision. He was in charge of the technology selections and, together with his team, training of the actual model. The prototype ferry was equipped with high-definition cameras which feed the system the visual data from the surrounding environment. This data was then used with the trained deep learning model to enable the ferry to steer itself within the constraints of the waterway.

Results on scaling the infrastructure were not any less impressive. By leveraging Valohai’s scalable platform the team was able to move from limited on-premise hardware to training the model with a cluster of GPUs in cloud. This cut days from the time required to finish the project and was the key driver which enabled Reaktor to finish the project ahead of the planned extremely tight schedule and deliver the working prototype.

From beginning to realizing the vision of autonomous waterways

Since the end of 2017, Reaktor has been continuing working with the autonomous ferry and enhancing its capabilities by adding, for example, LIDAR to perfect the situation awareness of the ferry. What started as a prototype project done in collaboration with Reaktor and Valohai has now evolved onwards with the aim of realizing the full potential of autonomous steering and situation awareness in maritime industries.

Reaktor is a hybrid partner for forward-thinking businesses and organizations, based in Helsinki, Amsterdam, New York, Tokyo, Dubai and Turku. They make future products and services, and help their clients adapt and remain ahead in an increasingly complex and changing world.

Valohai was founded in 2016 by a team of engineers with backgrounds in various software development companies including San Francisco-based Leap Motion. With Valohai, research teams, and large enterprise ML teams can train their models on a massive scale and deploy them to production environment with few clicks. Valohai also enables collaboration, version control and reproducibility on projects and ensures changes in team composition do not hinder the experiment process. All this means researchers and companies alike don’t have to build vast overhear infrastructure before they can start applying deep learning, saving up to 2 years of time.