What if Edison Was a Data Scientist?

Thomas Alva Edison stormed out of a classroom at age seven - after being called "addled" - and never really returned. Homeschooled by his mother, what he lacked in formal education, he made up for in perseverance. All 1093 patents later - for such wonders as the microphone, telephone receiver, stock ticker, phonograph, movies, office copiers, and incandescent electric light - we can conclude that his mother did something right. 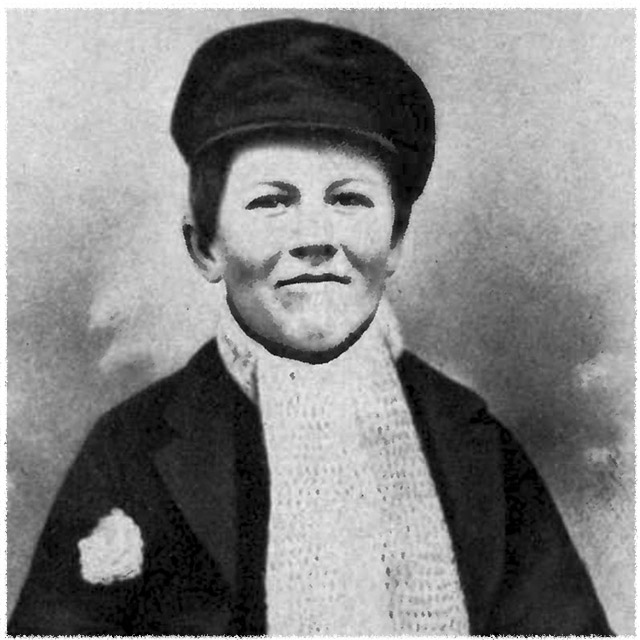 Thomas Edison at the age of 14

To invent, you need a good imagination and a pile of junk.

One of the first books she made him read was the School of Natural Philosophy, explaining how to perform chemistry experiments, which transformed young Edison into a mad scientist. He reproduced every single experiment in the book, turning their cellar into a chemistry lab. Amazingly, the house never burned down.

But it wasn't easy. Edison worked hard to make money by selling magazines on the train to finance bottles, chemicals, wires, and other required hardware. Even after securing a respectable monthly salary, skipping meals became commonplace to afford more equipment as his appetite for more elaborate experiments grew. Edison even hustled permission to use the train's baggage car to feed his obsession. Fast-moving trains and volatile chemicals do not mix well, and unlike his family home, the baggage car did not survive it. 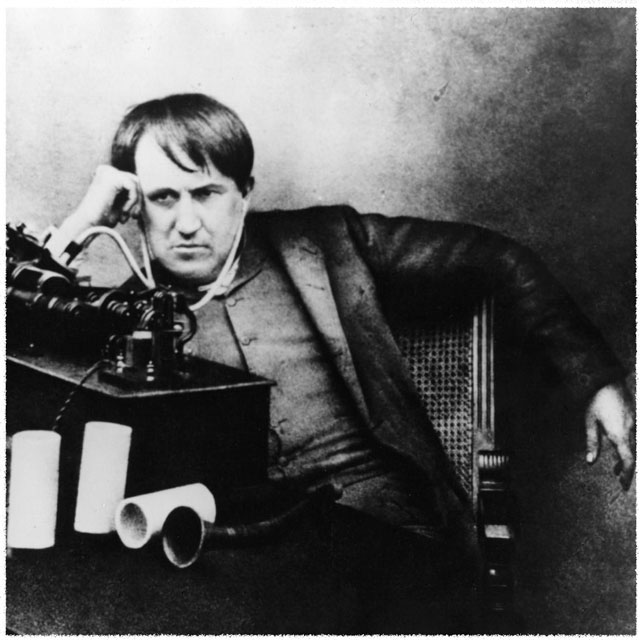 His entire life, Edison was a pioneer, a first mover. Still, our romantic idea of a lone mastermind fools us. Edison didn't invent the light bulb - the very archetype of an invention - or most of the other 1092 patented items with his name. They were slowly developed by teams under his supervision, slightly improving well-known ideas that originated elsewhere.

Instead, Edison's greatest invention was the process of invention itself.

Early on, he realized how the sheer logistics of experimentation limited progress. Securing the funding, acquiring the materials, and doing all the manual work himself, capped the rate of experimentation. To break through this bottleneck, he would need to industrialize the process of invention - like his best buddy Henry Ford industrialized the process of car manufacturing - and build an invention factory. 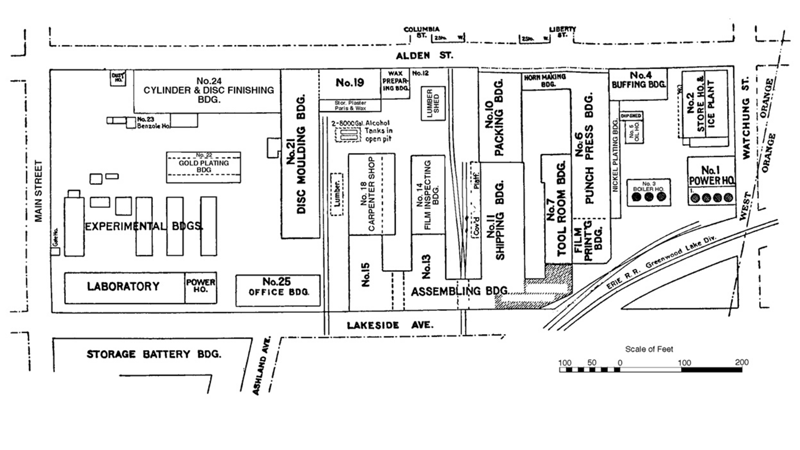 The layout of the Edison’s invention factory complex c. 1914 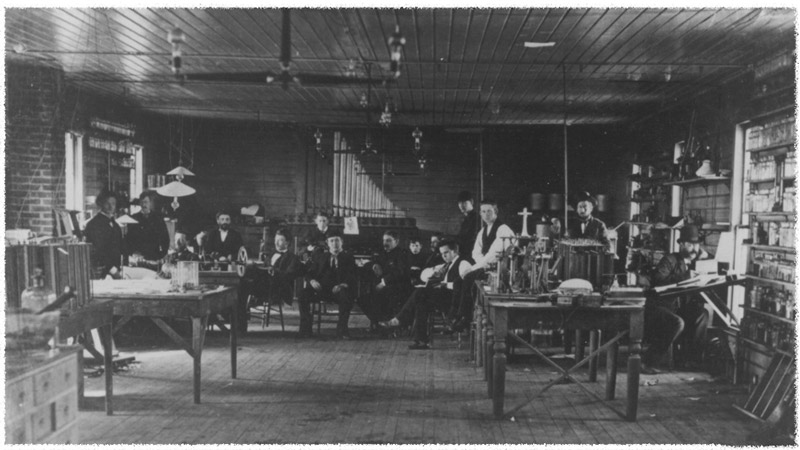 In one of his letters to investors, he vowed to create at least one small invention every week and a large, society-changing one every six months. This would be achieved by offering a team of master experimenters and craftsmen a shared facility with every tool, science book and material known to man on-premise with a clear process to follow.

For example, his invention factory conducted 10,296 experiments before finalizing the design for its nickel-iron storage battery, which charged twice as fast as any other battery on the market. The fact that we know the exact number of experiments speaks volumes.

Every team meticulously documented progress or even a whiff of an idea. The invention factory even hired special bookkeepers to gather and organize the trail crumbs of the mad scientists. Edison didn't want to waste any resources on redundant experiments or litigating ambiguously documented patents, both mistakes that had cost him dearly. 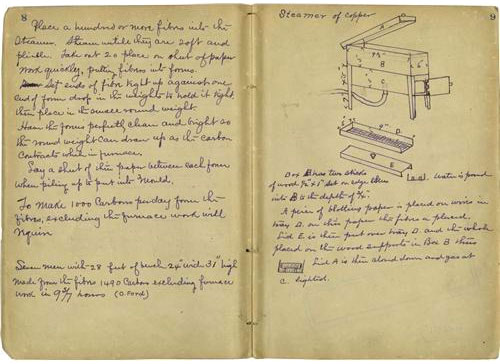 Innovation puts pressure on tooling and infrastructure, too. Edison’s father - a master builder - cast unique flooring to stabilize the sensitive instruments, and for the incandescent light, they designed new kinds of electric meters, light switches, and insulated wiring before any actual experiments could even take place. Whether you are a 19th-century innovator or a 21st-century ML pioneer, the flexibility to improvise is a must. 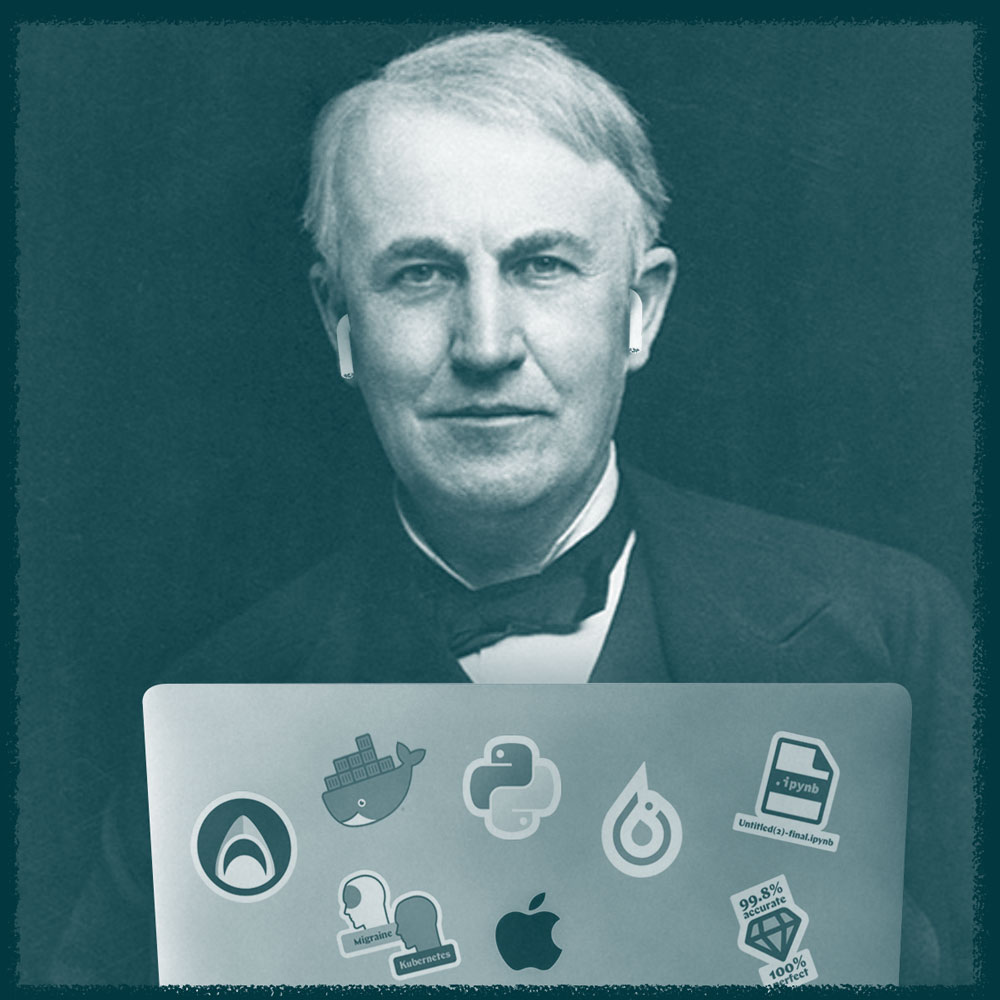 Genius is 1% inspiration and 99% orchestration.

Just like Edison would ask new questions in the context of the physical world, as pioneers of machine learning, we are asking the computer questions no one ever asked it before. Going a well-beaten path is easy, but being a first-mover implies a high initial failure rate.

Experimentation rate is optimized by experimenting faster and experimenting in parallel. Edison made the teams go faster by having everything they needed on-site and parallelized it via facilitating hundreds of experiments side-by-side, like a 19th-century grid search.

The modern invention factory makes experiments effortless by removing the friction of manual technical busywork and allows massive parallelization in the cloud by having thousands of compute instances as readily available as a single one. Improvising custom tooling is also easier for the 21st-century pioneer surrounded by modern APIs and the safety of a containerized environment.

There is no need to hire an army of bookkeepers to follow Edison’s every step in the modern ML factory, either. The knowledge base automatically builds up into the MLOps platform whenever he embarks on one of his manic invention streaks. Edison, the data scientist, is eventually more interested in proving that the model works in production than gearing up to fight the patent wars like his 19th-century counterpart.

The Layout of an ML Factory

Pioneers build on knowledge on top knowledge. Valohai allows teams to improve continuously by automatically storing all experiments, metrics and models in a shared repository.

You’ll be in good company.