Share
Blog / A Comprehensive Comparison Between Metaflow and Airflow 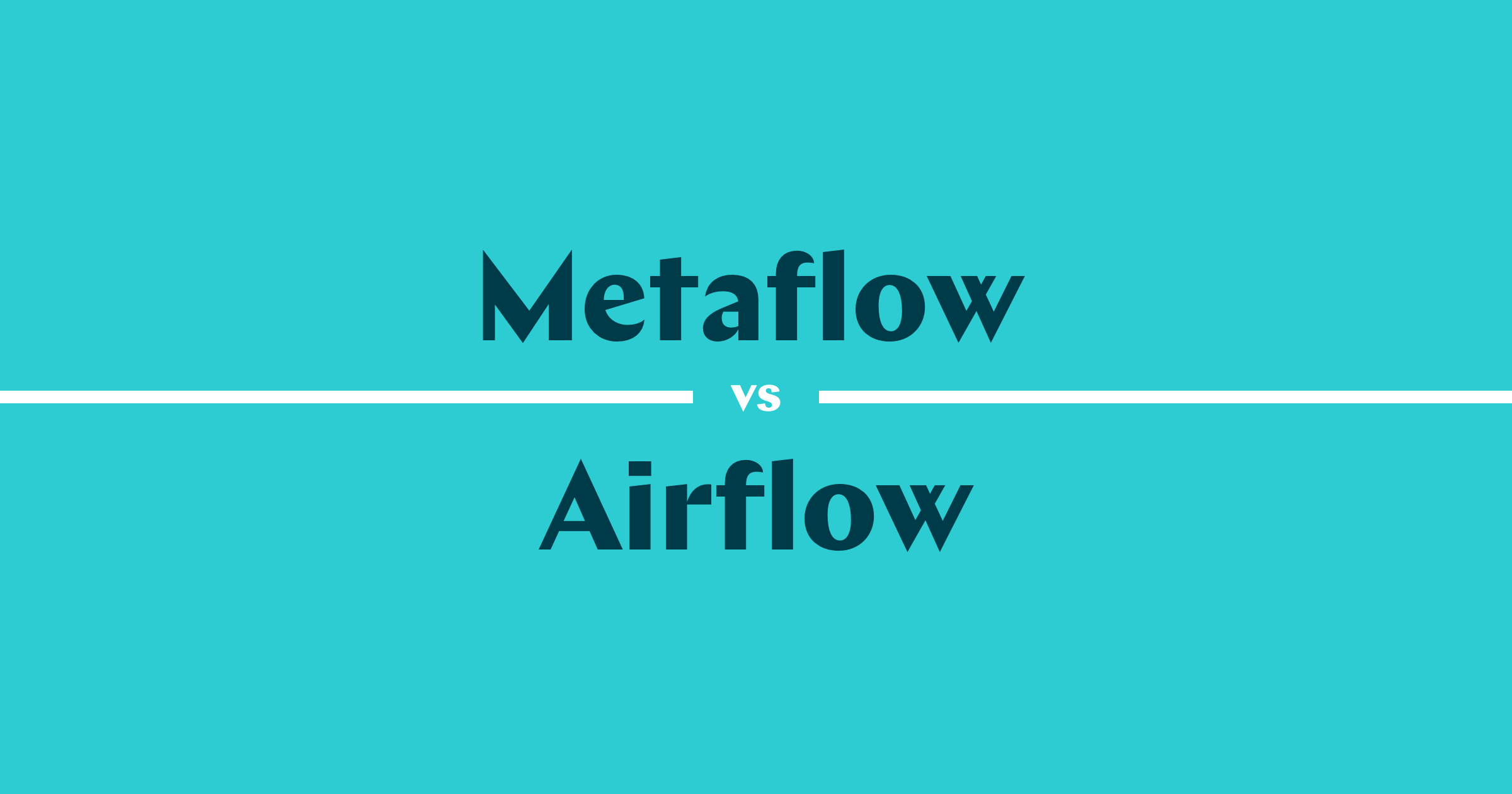 A Comprehensive Comparison Between Metaflow and Airflow

The technology world is always evolving. Some help to improve existing products, while a few others can transform an entire industry. One highly disruptive innovation that we have seen in the last few years is the workflow orchestration tools allowing companies to manage their workflows more efficiently than ever before. This task becomes more and more of a pressing issue as organizations need to deal with the growing volumes of data.

Given the variety of workflow orchestration tools in existence, data science and ML teams sometimes face the challenge of selecting the most suitable one. Thus, we have taken it upon ourselves to compare the popular orchestration platforms to help such teams make an informed decision.

In this article, you will learn about the key differences and similarities between Metaflow and Airflow.

Metaflow is a Python library that helps teams to build production machine learning. It was developed at Netflix initially to improve the productivity of data scientists who build and maintain different types of machine learning models. The major components of the Metaflow architecture are discussed as follows:

Airflow is an open-source workflow management platform created by Airbnb in 2014 to programmatically author, monitor and schedule the firm's growing workflows.

Some of the components of Airflow include the following:

Similarities between Metaflow and Airflow

As 'peers' in the workflow orchestration world, Metaflow and Airflow share a few things in common. The main similarities between these two are:

Differences between Metaflow and Airflow

Metaflow and Airflow have key differences ranging from the core purpose of the platform to the companies that created each platform. We explore some of the differences in this section as follows:

In a nutshell, if you want a scalable platform that allows you to manage ML workflows, Metaflow is a better choice as it has a wide variety of ML use cases. On the other hand, if you want to orchestrate a variety of tasks, Airflow is a viable option as it is a generic task orchestration platform.

Valohai as an Alternative for Metaflow and Airflow

[CAUTION: Opinions ahead] We are not going to argue against using tools like Airflow to build a single workflow. That makes total sense. We are also big fans of Metaflow. But we believe that there are better ways to solve tasks that these tools solve. And that would require a managed platform.

With Metaflow, you'll likely be looking at building production pipelines with it and supplementing other areas with tools such as BentoML (model deployment). This may be a good approach as you can adopt these parts as you need them, but ultimately adopting more open-source tools comes with more overhead.

Airflow is probably the more viable option as it is a generic task orchestration platform, If you need a platform to run a variety of tasks (and maybe you are just automating a single model workflow).

However, If your objective is to build a full-fledged MLOps stack, both options laid out above are hefty investments in terms of time and effort. The third option you might not be considering is a managed MLOps platform, namely Valohai. For many (dare we say most 😅) organizations, a managed alternative is a shortcut to embracing MLOps with all of its perks.

Valohai is also a managed platform with a 2-week free trial period. We'll set up the platform on your infrastructure during the trial and go through an onboarding session to get you started. Our pricing model is based on the amount of users, so the cost doesn't scale with your utilization of the platform, saving you plenty in the long run. In addition, the computation you use will be billed by whatever cloud vendor you use and we never try to get a cut from that.

If you are interested in learning more, check out:

This article continues our series on common tools teams are comparing for various machine learning tasks. You can check out some previous Metaflow and Airflow comparison articles like: